Here is the page where you can get late breaking news and updates on the Leagues operations. 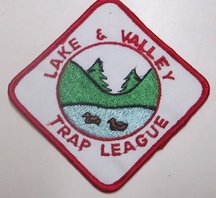 Because of errors found in the Category and Class entries, the Categories page has been removed until these records can be verified.  Errors on the Classifications have been corrected and are now posted.  Corrected Class, where it was needed, is indicated by Red Print.  A Red cell background indicates that a previously non-classified shooter's classification was updated based on his/her first five scores as defined in the League rules.  Seven or more shoots are required for trophy eligibility.

Attached are the listings of the assorted class, category and a summary of listed  winners and Team Participation record for the season.    Some notes regarding the spreadsheet listings:  If the shooters class is shown in a box with a red filled cell, that classification was computed on the shooter’s first five scores which is listed in the rule book as the manner to address previously Non-Classified shooters.  If the cell fill in white BUT the ACTUAL LETTER AND/OR X SHOWING THE CLASSIFICATION OR CATEGORY ENTRY IS IN RED TYPE THAT INDICATES THAT AN ERROR WAS FOUND FOR THAT SHOOTER.  The new (red typed) information is based on one or more of the following  Team Representative Reports, data retrived from early season records, the end of last season’s report on shooters classifications for the coming (2018-19) season and/or the shooters personal response informing me of an error or omission.  All winning determinations were based on this newly corrected data.  I apologize for the confusion caused by these errors.  The majority of the errors seems to have been caused because for some reason the names and their classification and/or category entry became seperated on the spreadsheet used to keep the records.  jp

These scores will become official seven days after they have been posted here unless a discrepancy or error is reported using the "Contact" link at the top of the page.

A discrepancy has been reported and verified as accurate.  The scores posted have been corrected.  The Seven day period for corrections now starts on June 19, 2019 9:30 P.M.